TO THE LIGHTHOUSE WITH THE FINZI-CONTINIS 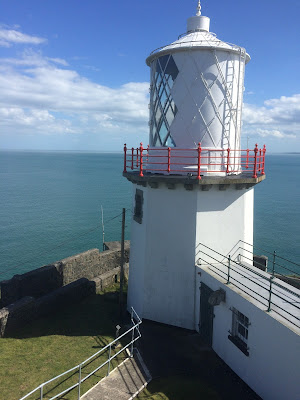 I don't know why Enid Blyton didn't ever write 'The Lighthouse of Adventure'. She managed a Circus, a Ship, an Island and several others, but not a Lighthouse. Missed a trick there, Enid. She also did a lot of Five Go To Smuggler's Cove sort of thing, and although in these enlightened times we're supposed to avert our eyes from her pedestrian prose and suspect attitudes, I have to say I owe her a great debt of gratitude for removing me, so regularly, from the real and often terrifying world. And so did countless other children.

Years ago, when I was a school librarian in newly-independent Zimbabwe, Enid Blyton was in just as much demand among rural, Black pupils as she'd been in my all-White South African girls' school, which just goes to show that a good adventure story has universal appeal. (I did once have two Form 1 boys who read every Barbara Cartland on the shelves - the books had been donated by an elderly benefactor with romantic tastes - and I'm still trying to work that one out. Possibly they just fell about laughing.) Anyway, I'm grateful for all the hours I spent in the company of her plucky children as they stiffened their spines and their upper lips, and easily outwitted hordes of villains. And I've retained a nostalgic yearning for her picnics. I can't think why: they were mostly potted meat, ginger beer and fruit cake, all of which I can easily live without, but at the time they sounded wonderful. (This could have had something to do with my own mother thinking that a hard-boiled egg and a flask of tea were the height of picnic luxury.) 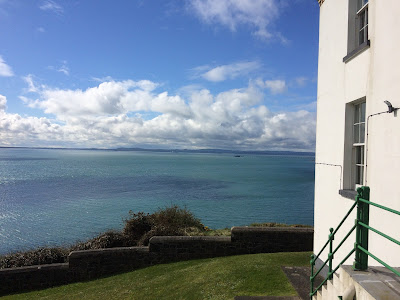 So, ever since we went one Heritage Day to view the Irish Landmark Trust's Blackhead Lightkeeper's Houses (confusingly located above Whitehead) I have nursed a secret desire to go back and indulge in a proper Enid Blyton adventure, with lots of picnics. And last weekend that's exactly what we did. Professor Gloom, Councillor Kate, Fearless Fergal and myself, accompanied by hampers of food and bags of bottles, set off on our grand adventure. 'Four On A Jolly Jaunt' - and every meal a picnic. Only this time there wasn't a potted meat sandwich or a hard-boiled egg in sight. 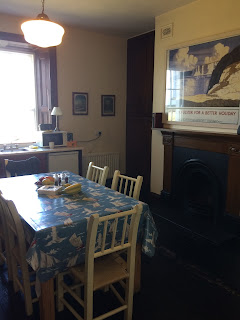 There were sticky ribs, pizzas and oven-ready chips, washed down with gin and tonic; there were cold meats, salads, cheese and fruit; tarts and crumbles, pancakes, chocolate and hot cross buns. We drank Prosecco on the sunny, windswept terrace and played backgammon in front of the open fire. We drank far too much wine and managed not to fall off the cliffs. And at night we fell asleep to the sound of the sea.

Blackhead is a working lighthouse. All night long the beams revolve: if you stand on the walkway below, it's like being on a carousel, spools of light swirling by like the ribbons of a Maypole. The rooms are lovely: lived-in, slightly shabby, full of books and character, with little bunches of fresh flowers dotted around. It was altogether enchanting.

And what did I read? Giorgio Bassani's 'The Garden of the Finzi-Continis' which I'd always meant to read but somehow hadn't. A beautiful, poignant, haunting novel that skims above the surface of the unbearable, touching down just often enough to let the waiting darkness of theHolocaust brush against the characters who will so soon be swallowed up. You know where this is going to end, but for now the beam of the narrator's memory lights up the loves and lives of this small, doomed community in Ferrara, and enriches your own life in the process. A lighthouse of a book. 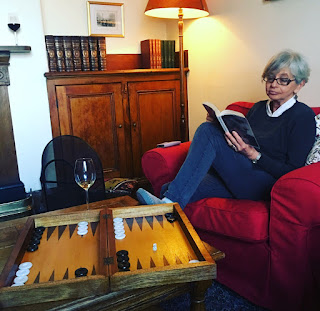