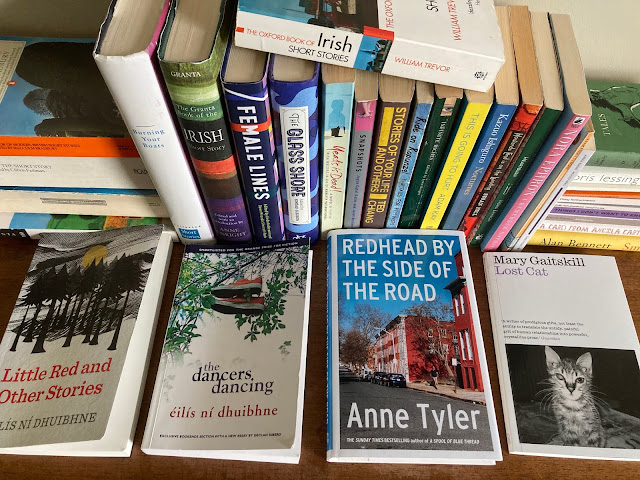 So here we are, nearing the end of February, and apart from the birth of a new grandson, the handover of power in America and the roll-out of COVID vaccines, I can't say the year started well. There were even some hideous weeks when the Wine Society stopped delivering to Northern Ireland and Call My Agent ended - not that it wasn't a great ending, and maybe they were right not to let it go on too long. Still, it left a gap, so I'm open to suggestions. Fortunately, wine deliveries have been resumed and at least the supply of jigsaw puzzles hasn't dried up - God knows we need whatever distractions we can find to lighten these dreary days. I just wish I could get hold of some cheerful books. Why do publishers seem to think that miserable times call for miserable books? I've never seen so many described as 'searing' 'heart-rending' 'tragic'. After almost a year of isolation, I just want to be cheered up! 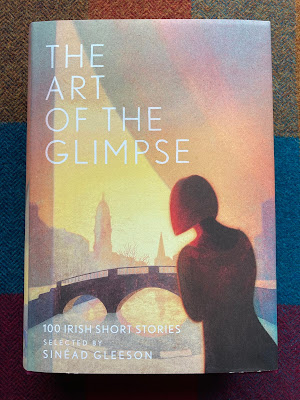 What really upsets me, though, is the  current trend in children's books for really bad celebrity authors (hang your head, whoever is publishing David Walliams!) and for grim, politically-correct subjects. I read a picture book review the other day that praised the choice of 'difficult' subjects. In picture books? Come on, people, does no-one remember how important those beautifully-written, imaginative childhood books were that took you away from the miseries of daily life?
Anyway, I bought The Art of the Glimpse, not because I thought it would be cheerful - it's not, particularly, but it contains work by local writers I know and like: Jan Carson, Ian Sansom and Louise Kennedy, whose story Hunger I particularly liked - but because short stories are ideal when concentration is harder than usual, and doom, gloom, isolation and Brexit are all taking their toll. The other great advantage of the genre, of course, is that even if you hit a dud, at least you know it's going to be a short-lived dud. In fact, the only real danger you run with this book is that you might fracture a bone if you dropped it on your foot. It's huge.
When it comes to novels, these days I'm in favour of slimmer books. Let me be honest: I'm nearly always in favour of shorter novels - it's rare for me to wish one had been longer - and Anne Tyler's Redhead by the Side of the Road not only comes in at under 200 pages, so far it's my favourite book this year. The moment you meet Micah Mortimer, you know he's going to be one of those odd, endearing characters that Tyler does so brilliantly. Micah is a free-lance tech advisor - Tech Hermit - and supervisor of his apartment block. His life is as orderly as a calendar: a cleaning routine set in stone, a daily run and excellent driving skills (watched over in his head by Traffic God, who makes approving comments as he executes perfect turns and braking). Plus regular undemanding evenings with Cass, his woman friend. Wouldn't you just know it's all going to fall apart? But you also know that it will do so with such wit and  humanity that whatever happens, you'll enjoy the ride.
Mary Gaitskill's Lost Cat is also very short, but unfortunately, it's the opposite of cheering. She's a fine writer, but I'm a cat lover, and why anyone would uproot an Italian cat (no matter how deprived) cart him all the way back to a home in the USA with three other cats already in residence (and then lose him there) is beyond me. (For an un-deprived cat, see picture on the right. The caption should probably read 'And don't even think of opening a bottle before the cat food...')

Little Red (Eilis Ni Dhuibhne's new volume of short stories, published by Blackstaff) is also waiting for me. I finished reading The Dancers Dancing just before Christmas - a lovely, wry story of a group of teenagers, sent to the Donegal Gaeltacht in the 1970s, whose lives and voices shift and change and captivate, like the light that dances on the river running through the novel. But Ni Dhuibhne isn't just a lovely writer: she has things to say about writing that strike a chord with me:
'A novel is a complex thing. Sometimes I think of it as a building, a house...and the challenge is to design, construct and decorate it as well as one can. But...when it comes to the crunch, the writer knows that even if there is a flaw in the design, even if something goes badly wrong, no one is going to die. Some readers might be bored, or the artist disappointed. But that is it. Writing a novel that fails is not a hanging offence. The world will get over it. This gives the novel writer a wonderful freedom. Although art is demanding and the artist needs to take pains, it is a sense of irresponsibility that is the writer's greatest gift.' 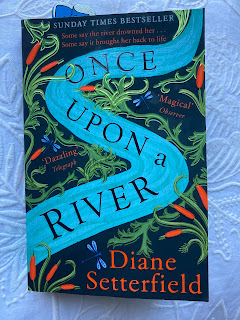 There are many rivers in books that have stayed in my mind  down the years, from Wind in the Willows to V.S.Naipaul's A Bend in the River and I'm reading another right now: Diane Setterfield's Once Upon a River which is mysterious, lyrical and engrossing, and exactly what I need right now. 500 pages, but I'm prepared to make an exception for this one...
And I'll leave you with the best advice I've had so far this year, courtesy of Rangan Chatterjee, the Radio Times resident doctor: don't watch the News more than once a day and whatever you do, don't watch it at bedtime. Very wise. Your dreams are probably bad enough already.
A belated Happy New Year, my friends, and may 2021 and the Year of the Ox be kinder to us all.
Posted by Helen Nicholl at 04:27

Email ThisBlogThis!Share to TwitterShare to FacebookShare to Pinterest
Labels: Call My Agent, Hunger, Little Red, Lost Cat, Once Upon a River, Redhead by the Side of the Road, The Art of the Glimpse, The Dancers Dancing