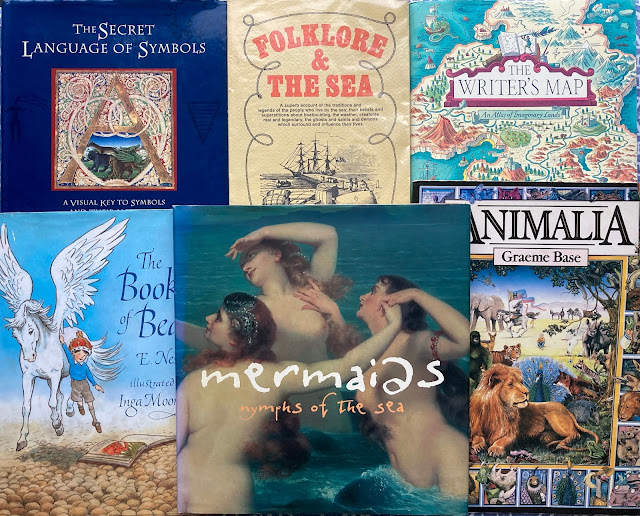 The great, exhausting, November writing challenge is over. My friend (and award-winning author) Kelly McCaughrain, persuaded, encouraged, and gently bullied the writers in our local group to set ourselves goals for the month and report back on our daily progress...and at least one of us did more work in thirty days than she's done in a year. Obviously, what my life was lacking was an overseer... 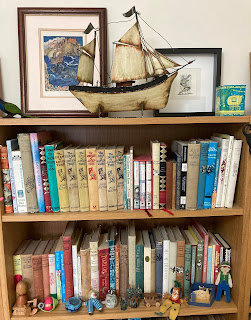 The result was a finished picture book and a two-thirds-done middle grade novel (and a lot of wine drunk, either as reward or solace) but it's been more than that. We bought our house five years ago - it's too big for two old people and a cat, but it was meant to welcome the much-loved, far-flung family who come for extended visits, and for convivial get-togethers with friends and colleagues. This is a house where there is always someone dropping in for a glass of wine or a chat, or squeezing in round the table to eat, drink, argue, laugh... Or rather, it was: since Covid, there's been scarcely another soul inside. So, the feeling of companionship with fellow-writers - knowing that we were all in this together (even if occasional suffering was involved) - has been a lifeline.
And there was another unexpected benefit, because getting down to work meant doing research on things like lighthouses, legends, how seals see under water...and because I've been collecting books all my life, the house is actually full of old friends I'd forgotten. So, looking for a book on mermaids, I come across 'The Secret Language of Symbols' and 'Tales from Ebony' and a book on decorative printed maps. I also find a forgotten story from E. Nesbitt's ‘Book of Beasts' and am immediately side-tracked. I mean, who could resist something that begins 'Lionel happened to be building a palace when the news came...' and a moment later Nurse comes in and says, 'Master Lionel, dear, they've come to fetch you to go and be King.' 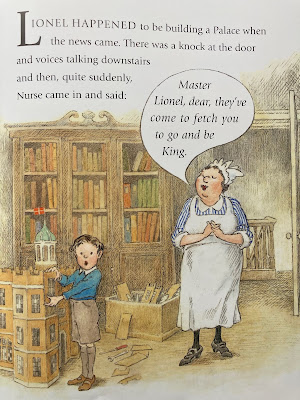 And who can resist the maps and drawings of Tolkien? Or the Diabolical Dragons devouring delicious delicacies in Graeme Base's ‘Animalia’? Literature and Language, Fiction old and new (literary or otherwise); Art, Ikons, Myths and Magic; Travel, Cookery, Circuses and Cinema - there'll be a book somewhere on our shelves - if I can find it. My study is mostly given over to children's books and modern fiction, Professor Gloom's to a mixture of Classics, Bridge and Golf. There's also one bedroom full of Crime, assorted piles beside our bed, and short stories, pamphlets and quarterlies on the landings. 'Clean and Decent', a 'fascinating history of the bathroom and the W.C.' is suitably positioned (it includes an old Sunday Express clipping, headed 'The dark night when Ben fell into the privy') and the rarer, more impressively bound or oversized books are downstairs, along with a collection of the odd, the bizarre, and the downright peculiar. But they all tend to migrate, which is what makes hunting one down such an adventure. There’s even a 2013 Guinness World Records in which Gloom's discovery of VFTS 102 (now there's a catchy name) is included, although some blighter discovered an even faster-spinning star soon after.
Susan Hill once embarked on a year-long trawl of her books, which resulted in the delightful 'Howard's End is on the Landing' - I'm only sorry that I didn't think of the idea first! What I love most though, are children's books, and beautiful, quirky illustrations - and if there's an old, rich binding thrown in for good measure, then so much the better.

I've spent my life with books, one way and another, and I don't know if a week has ever gone by that I haven't bought, borrowed, or been given, something to read. Some of the volumes on the shelves are old and rare, and occasionally valuable, but I've never really cared whether it was a first edition, signed by the author, in mint condition: all those things that serious collectors value. To be honest, I'd rather have a book that shows it has been read and loved, books with inscriptions, books that are a little worn and faded (much like me) or with the occasional photograph or letter tucked between the pages - even the odd spot of colouring-in, or comment in the margin. I once bought a scholarly work of history with a very forbidding picture of Queen Anne in it, alongside which some previous owner had pencilled 'looks like a nice girl'.
I also discovered (on the third attempt) why I've never finished 'Middlemarch': I can't stand Dorothea Brooke. (Please don't write and tell me why I should admire her. I don't and I won't. My mind is made up.) On the other hand, on my second or third attempt at Chimamanda Ngozi Adichie's much-praised "Half of a Yellow Sun', I've fallen entirely under her spell. So, there is comfort and pleasure to be found even in Covid isolation, and if most of our family and friends are temporarily out of reach, I'm deeply grateful for all the old friends inside. 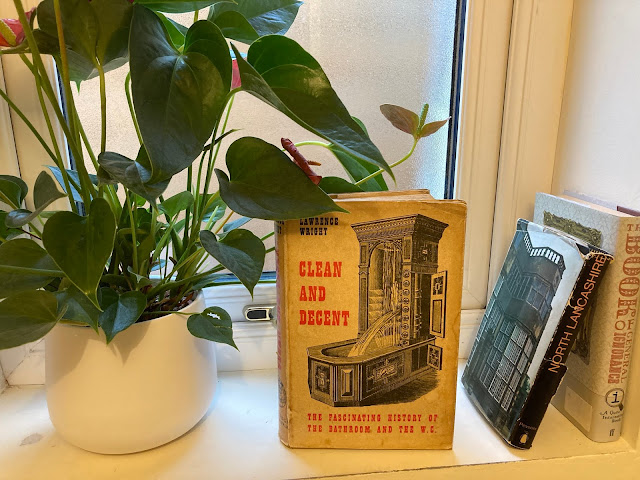