A friend wrote a very funny piece about her fear of flying the other day. It made me laugh out loud but didn't surprise me: she's a writer after all, and the better the writer, the more prone they are to live in a world of imminent disaster. It's the drawback of having too much imagination. Mark Twain knew all about it: I have suffered many tragedies, he wrote, most of which never happened.

Me too. My children's African childhoods were especially fraught. When they went off to row down the Zambezi or camp in some snake-infested jungle I waited every minute for the knock on the door that would herald the arrival of a grim-faced Headmaster - well, grimmer-faced than usual. Helen, he would say, you are going to have to be brave...

Instead they all returned with nothing worse than a few cuts and tick bites and the occasional dose of malaria. What I should have been worrying about was the state of the tarpaulin-covered truck they rattled through the night in - each child wrapped in a sleeping-bag and clutching an empty ice-cream container. To wee in. (If you got out onto the side of the road the chances were you'd be eaten.)

Anyway, they all survived, thank god, to give me many more years of anxiety as they moved through their twenties: drink, drugs, debt, car crashes, plane crashes, axe-murderer flat-mates...I lived through them all, even if my children didn't. As far as I remember, the worst things that actually happened were concussion on the cricket field, and a case of E-coli caught from kissing a giraffe. (Don't ask.) And now they're safely into the calmer waters of serious adulthood, I worry about the grandchildren.

The thing is though, that whatever your fears, if you want your children to fulfil their potential, you have to let them fly free. They have to take risks, experiment, occasionally singe their wings. And it's the same with writing. I am deeply depressed by the way creative writing has become big business: the acres of books aimed at helping you to write - and more importantly, market - both yourself and your book; the courses, competitions, articles and interviews, never mind the relentless personal exposure demanded these days of published authors. It amazes me that anyone has time to write another word. 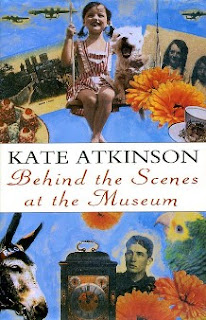 Anyway, why would you travel 50 miles and pay a fortune to hear Wendy Wordsmith on How She Did It when you can just turn on the radio and catch up with the peerless Kate Atkinson on Desert Island Discs? Antisocial, solitary, completely delightful, and full of good sense.  She rarely gives interviews - "You can't talk to people when you're writing" - and you won't meet her on the Celebrity circuit. She just stays home and writes amazing books.

It's true Atkinson was lucky enough to have a great success
with her first novel, Behind the Scenes at the Museum. But she also had a failed doctorate, a succession of odd jobs and an apprenticeship in magazine writing behind her - and more importantly, she had faith in herself.


Good writing, like any good art, comes from the heart - from hard, lonely work and from taking the odd risk. It doesn't come from Top Tips and rules for technique. May I be spared another word about underlying themes, hooks, resolutions, plot development and the inadvisability of adverbs... If you want to use a bloody adverb, then use one. And write, just write! It's what people did back in the dark ages. They read voraciously (you can still do this for free) and they sat at their desks or their kitchen tables, or on the bus, and they wrote, sometimes for years, until they found the voice that was uniquely theirs.

It's like cooking. Anyone can produce a perfectly adequate meal from following a recipe to the
letter. But if you want to make something truly memorable you have to throw caution to the winds and add that unexpected ingredient, that extra bit of wine or garlic.

I love all Kate Atkinson's novels, from Behind the Scenes, through the Jackson Brodie detective series, to the more recent - of which Life After Life is probably my favourite. I wouldn't choose the same discs as she did for my own desert island, although I might also pick Leonard Cohen's Suzanne  - to relive my misspent youth - and I'd definitely take Beethoven's 5th because it's the music that most often unlocks my brain when I'm flagging. Which takes me to a whole new area of interest: what do writers listen to when they're working? Answers on a postcard please...

And if I was cast away myself, I wouldn't mind having Atkinson for company. She wouldn't blow her own trumpet, she'd just sit there quietly. Writing.
Posted by Helen Nicholl at 07:15