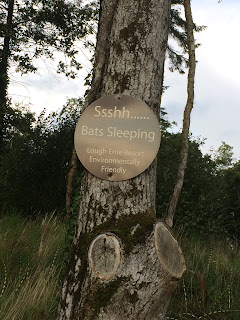 I like bats. They were a regular feature of my African twilights, skittering through the dusk while the most intrepid of my many cats crouched on the spine of the roof, hurling herself up into the air time and time again in the vain hope of catching one, only to crash back down, batless, onto the corrugated iron with a noise like the pots of Hell clanging.

There were bats in Fermanagh when we were there a few weeks ago, but it was a lot more peaceful. In fact, there were signs on the trees exhorting us to silence for fear of disturbing them. Bats can live for anything up to 30 years. I am an old bat myself now, having just turned 70, and now that my biblical three score years and ten have been accounted for, obviously I'm on borrowed time, so I'm planning to make the most of it.

With this in mind, we started off our 70th birthday/ 3rd anniversary celebrations with 4 days in Fermanagh, at the Lough Erne resort where Councillor Kate and Fearless Fergal got married in March. We had a 4-poster bed and a circular balcony with a splendid view; we also had a double jacuzzi in which we almost got stuck  - and imagine the shame if you had to ring down to Reception to say you couldn't haul yourselves out! Mind you, they're such nice people, they'd probably make you feel all right about it. 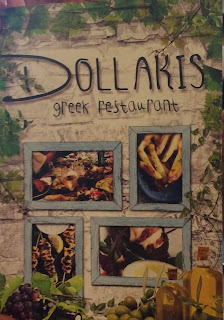 A bat can consume 1200 mosqitos in an hour - it's one of the reasons I like them: I had malaria only once and who knows how many bouts I might have had if not for helpful bats? They are also eaten themselves in some places. Luckily we didn't have to eat bat; we had apple and cauliflower soup and pan-fried hake, and pork and duck and Prosecco, and pear and lemon and raspberry sorbets in the Catalina Restaurant - and if I died there, I'd die happy: the food is sublime. We also had lunch in the only Greek restaurant that I know of in the north - Dollakis in Enniskillen. Lovely friendly people and wonderful chicken souvlaki and Greek potatoes. We did a tour of Castle Coole and were ferried up the lough from Castle Archdale to White Island by a lovely young man whose father had skippered the ferry before him. We were the only passengers so we had the island with it's ruined church and ancient carved stone figures all to ourselves - apart from a few cows. It was wonderfully quiet and peaceful. 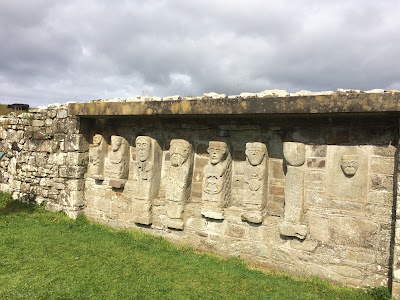 On the other side of Lough Erne, the Lough Navar Forest Drive will take you up to what must be the most spectacular view in all of Fermanagh. From the Magho Viewpoint you can see the whole of lower Lough Erne spread out before you, from Donegal Bay and the Bluestack and Sperrin mountains all the way down to the eastern islands. I urge you to go and see for yourself, only don't rely on sat-nav: the shortest route is not the easiest, in fact we gave up on the first attempt after landing up in someone's back yard at the end of a rutted track half-way up a mountain. There were baying dogs and looming trees and it was all a bit Deliverance. Follow the signs on the road and you'll be fine.

I took a pile of novels and opened none of them. Instead I read  the Irish Times and the Guardian, and an old paperback copy of The Children of Green Knowe. I don't know if any modern child would read it but Tolly and the ghostly children he plays with in his grandmother's old house took me straight back to long-ago childhood holidays. And set as the story is in flooded fenland country, it was perfectly suited to Fermanagh.

Now I'm back in Holywood and the youngest of my grandchildren has come to visit. He is only 3 months old, but he has dozens of books already and his mother and father read to him several times a day. In fact, this could just turn out to be the first child to be read to too much. I'm pretty sure I saw his eyes glaze over as The Very Hungry Caterpillar was opened for the umpteenth time, and I had a sudden vision of him in a few years time pulling up his little hoodie and fleeing down the garden path as his parents pursue him crying, "Omar Patrick! Wait! You have to listen to this one more time..."