CLINGING TO THE CAROUSEL 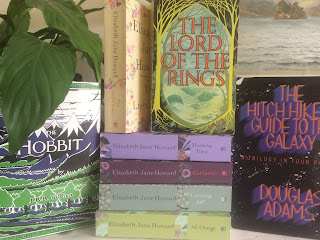 Brexit, Trump, Manchester, Grenfell; the looming shadow of the DUP - sometimes it's hard to stay optimistic.

But for almost every roundabout, there's a swing. Taking the train down to Dublin to listen to Booker Prize-winner Arundhati Roy speaking about her new book, and her life of human rights activism, was cheering. In fact, I perked up so much I found myself in a pub with Councillor Kate, Patsy Horton of Blackstaff and writer Bernie McGill, all drinking G+Ts and laughing immoderately, as though the world were not tumbling down around our ears.

On the downside, libraries, post offices, and corner shops keep closing - those few remaining places where people can still safely, cheaply, interact with each other. Machines are busily replacing humans, and here in Northern Ireland, our children still aren't going to school with each other. On the other hand, the anniversary of the death of another passionate, principled woman - Jo Cox, whose life was ended by a man who spent all his miserable days locked in on himself with only the poisonous thoughts of far-right fanatics to fill his mind - inspired people across the land to reach out to each other.

And we had an engagement party in the family, which drew a wonderfully youthful, buoyant, multicultural crowd to celebrate. We were a pretty multicultural lot to start with: then the eldest married into a big, warm, Greek Orthodox family; the next one married an Indian Sikh; and now the youngest is adding Irish Catholic to the mix - which as a family makes us multicultural, multi-faith and increasingly multitudinous.

As for me - a South African with no religion, married to an English astronomer whose interest in heaven is purely practical - rewards in an afterlife are not anticipated: I think I've been rewarded enough already, here on earth. Arundhati Roy remarked that she was privileged to be alive - and possibly alive because she was privileged. The people who died in the Grenfell Tower weren't privileged -  I lived in a tower block in Belfast once, and I thought then, and think now, that it's no way for human beings to live. Most of the people who vote for the DUP or Donald Trump aren't privileged either. But slagging them off or ridiculing their ignorance won't help. We need to fight the things that drive us apart and isolate us from each other, not raise the walls higher that imprison us all.

I am privileged. Even when I was a great deal younger and a whole lot poorer, I was privileged. I had a white skin, food, shelter and education, and most of all, I was always rich beyond measure in family and friends. All of which gives me a responsibility to do what I can, and I'm going to start by promising all my future (and now entirely undeserved) winter fuel allowances to the only political party left standing in Northern Ireland that seems more interested in reconciliation than division, and that's Alliance. And I'm going to boycott that bloody machine in my local library that tries to get me to borrow and return books without ever engaging with another human being.

Finally, to cheer yourself up (because G+T is only temporarily cheering) read something wonderful. At the moment I'm re-reading the underrated Elizabeth Jane Howard whose novels about the Cazalet family span 20 turbulent years from 1937, and are utterly engrossing. But there are plenty of others for those dark days when all you really want is something big and funny and sweeping that lifts you up and carries you far, far away. The Hitchhiker's Guide to the Galaxy, for instance, or The Lord of the Rings and The Hobbit. Arthur Dent and Bilbo and Frodo Baggins are all swept up in events that turn their worlds upside down. Hapless, hopeful, occasionally heroic, they cling to their star-crossed carousel and somehow endure. Like so many.